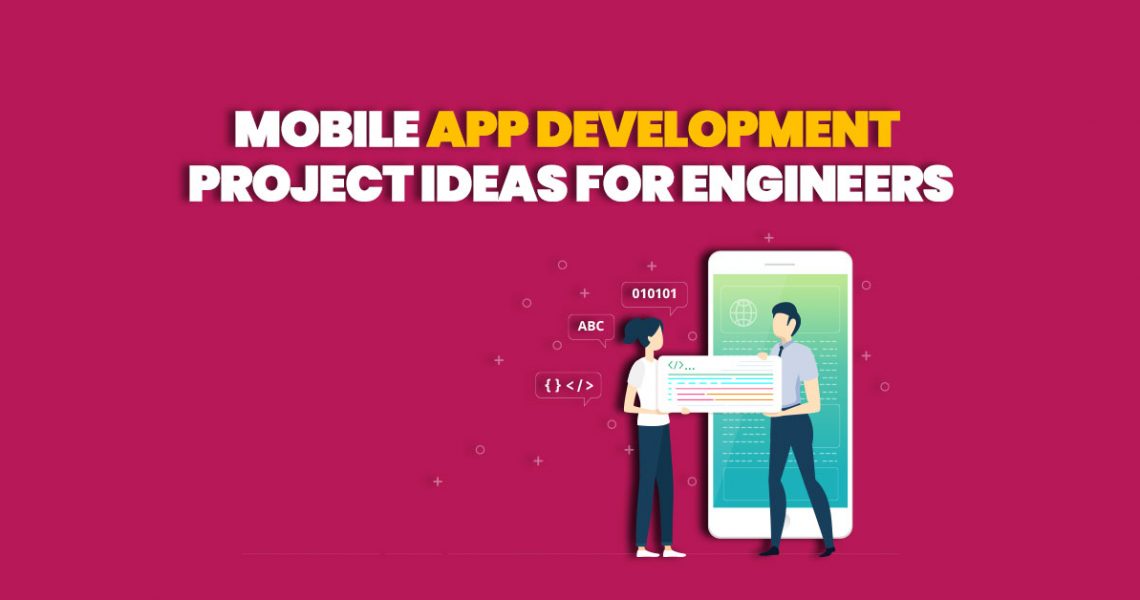 Hello Final Year students! So far you have successfully completed your three years of Engineering studies with number of labs, theories, Semesters, mini-projects etc. But now it’s time for you to do your Main project which is your life turning point to land in a lucrative career.

I just want to share one thing at this time, while pursuing my computer Science Engineering degree. I am also in the same state thinking a lot about- what to do as a final year projects to get into a right career. But, you don’t want to worry because am here to give you some Fantastic project ideas which is in trend and in-demand.

So, when we are talking about trends in this digital world. We all would be aware of Android and its features. Yes, today we are going to discuss about the most trending android project ideas for engineers in mobile app development.

This is because, mobile apps development in Android became the most preferable option in this developing world. It also became very comfortable for the users and also they are showing a lot of interest to use the devices based on android applications.

Thus, Android is used for standalone as well as server based hybrid mobile phone system implementation. Here we provide you the best 7 android app development ideas for your engineering projects which is in trend.

Aim: The aim of this project is to allow controlling a robotic arm by an android device.

Theme of the project:  Thus this system uses an Android application to move the robotic arm either upward or downward direction, or can send commands like grip open or close. Thus, by developing this Android controlled robotic arm project, the robot can be used to pick any object, move it, and place it anywhere as per the need.

Aim: The objective of this project is to control the electrical loads with the help of android application.

Workflow: The electrical loads are controlled based on Bluetooth input signal. The input signal is received from the android device is then communicates with a microcontroller via Bluetooth which in turn controls the relays.

Theme of the project: With this, an individual’s daily routine tasks can be automated with the help of home automation systems. Here any smartphone with Android OS can be used to control different home appliances like fans, lights etc.

Aim: The objective of this project is to provide safety to girls at anytime, anywhere using an Android phone.

Workflow: In this system user needs to feed three contact numbers, in case of emergency on moving the phone up and down thrice, the system sends SMS and calls on one of the numbers fed into the system with the location. The phone starts vibrating and siren starts ringing.

Theme of the project: With the help of this user-friendly application, it provides you the fastest and simplest way to contact your nearest help. The features in the developed app helps for both everyday safety and real emergencies, making it the ultimate tool for all.

Aim: The goal of this project is to develop Real time Multiple Cross platform communication through wireless technology.

Workflow: Here we use only Bluetooth technology between two devices.

Theme of the project: As wireless technology has improved the way we communicate to a great extent. As a result, Bluetooth comes into play to provide an easy to implement, low cost and low power connection between two devices.

Aim: The aim of this project is to create a smart phone based home surveillance system

Workflow: Here a robot is fixed with several sensors for home surveillance. It uses sensors like temperature gas and IR, which is connected to the Android based smart phone. Using ATmega32 microcontroller , the robot receives commands from Android application.

Aim: The objective of this project is to develop an android mobile app that controls the movement of a wheelchair instead of the joystick.

Theme of the project: However, some  wheelchair has a motion detectors and ECG detectors. These detectors  activate if the heartbeat of the personnel is below the threshold levels.

This android developed wheelchair is lower in cost than the existing models and more flexible to operate. The bio-metric sensors that added to the wheelchair are considered to be useful for critical patients.

7.Activity Recognition Based on Deep Learning and Android Application:

Aim: The aim of the project is to develop an app that  utilizes the machine learning process on an android platform.

Workflow: Here the data associated with the activity like  jogging, climbing, walking, sitting and standing is already updated on the system android. The model uses Tensorflow, the machine learning software and deployed on the android platform.

Theme of the project: Here every activity of the person like climbing, jogging, walking, sitting and standing is collected. Using this app, the person knows about his/her daily activities.

We hope that our interesting and latest Mobile app development project ideas offer immense help to the Engineering students and make you to select appropriate projects for your final year project work.