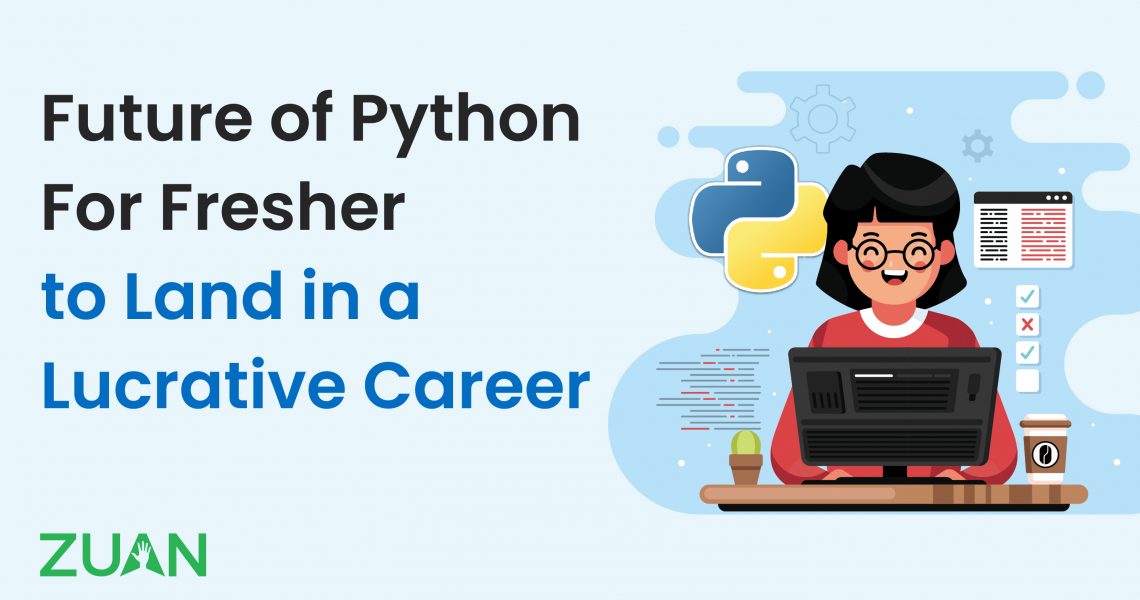 Hello! Are you the one whose ultimate goal is to land in a profitable career that gifts you growth like anything? I think for this you would have already learned many programming languages that your friends and parents would have suggested to you in your school and college days.

But do you know some programming languages are more popular, others not so much? So to make you aware and to take you to unbelievable heights in your future- I gift this article for you!

Yes, today we are going to discuss about Python– the top programing language in the entire programming domain.

In our dynamic world where everything changes at a rapid rate, the popularity of Python never seems to cease. So getting, Python Certification is one of the most sought-after skills and is considered to be the “Next Big Thing” and a “Must” for every Professional today.

There is no doubt that it has become quite a favorite in the software industry and has managed to grab the attention of programmers is that it is full of features that are taking it to a whole new level.

To make it clear, listed below are a few best features of Python that make it unique in itself.

Top organizations that use Python:

Knowing Python’s extreme popularity and powerfulness, there are top organizations that prefer Python include:

NASA uses the Workflow Automation System (WAS), which is an application that is written and developed in the Python program.

Google also uses Python for its internal systems, and its APIs for report-generation,  A/Q and testing, log analysis and writing core search-algorithms.

Nokia makes use of Python PyS60 (Python for S60). It also uses Python PyMaemo (Python for Maemo) for its S60 (Symbian), and Maemo (Linux) software platforms.

IBM that uses Python for its factory tool control applications.

Yahoo Maps also make use of Python in many of its mapping lookup services and addresses.

Furthermore, WDFA uses Python as a scripting language for animation. Hence, all the magic that happens in Disneyland has a bit/mixture of Python behind it.

If you still have uncertainty about Python?  Then, let’s come to your Perception itself. Of Course, as young students, you never miss out to use mobile phones on your daily basis. Am I correct?

If you haven’t noticed, today you are using hundreds of websites including  Instagram, Facebook, Netflix, Google, Quora, Dropbox, Uber, Pinterest, Instacart, Reddit, Lyft and Spotify right? Will you believe if I say these websites are built using Python? But a true answer is Yes.

It may be a surprising answer for you to know but now you would have got clear paths to finding meaningful work with great real-world opportunities.

As per my research, I found out Job boards like Indeed and Naukri offer around 20,000 to 50,000 job listings for freshers in Python and this shows that Python career opportunities in India are really High. This makes Python the in-demand programming languages to learn today to get a secure job.

Yes! If you’re a fresher, you can definitely secure a job in Python and earn more! Get ready to perfect your foundation and make your dreams come true by joining in reputed Python training institutes which shape your skillset and make you attend the Python interview question confidently.

So, once you got certification in Python,  you can apply for a number of job postings like software engineer, front-end software/web developer, Python Developer or programmer, DevOps Engineer,  Research Analyst, Data Analytics, and Data Scientist.

Thankfully, now you can realize the importance of Python and the need to learn Python to add it to your resumes, to start a lucrative global career.

If you want to start a lucrative global career, you first need to equip yourself with the Python skills, which today has become one of the most sought-after skills in the industry.

Skills can be broken down as follows:

So, once you developed your skill sets in Python. Then, there are the top companies that hire and provide you pay that you never thought of.

As I looked back at 2017, Python was delivering some impressive numbers. Meanwhile looking into recent Indeed.com and Naukri inquiry also revealed an average salary for freshers will be take-home around 3-5 lakhs per year. With experience, that can go up to 7-8 lakhs quick.

So, who said a fresher can’t get a job in Python even though knowing all the opportunities that python holds. If you try hard enough and focus on developing all the above python skill sets, you can stand out amongst others.

From my side, I can recommend you a cost-effective, easy-to-learn Python Certified Course which can guide you until you get a job into it. As there is nothing to worry about the possibilities that Python will open for you, here you just need to stand up and pull your pants up to get things done right!

Takeaway: From this, you would have understood that Python growth is very promising in the near future. Thus, Gaining the right skills through the right platform will get you to the perfect job.

Furthermore, the report of the TIOBE Programming Community index, says that the popularity of Python programming languages has leapt four places in the last year alone to rank at No. 4 in the index!

Hence the future of Python is bright with Artificial Intelligence, Machine learning, Big data, and Networking.

To this end, Zuan has specially curated a course that aimed at helping developers learn to code and master the Python language. Moreover, our live and interactive course is co-created by industry experts who cover critical aspects of Python, such as integration of machine learning, Hadoop, and Web Scraping, among others.

Best wishes to start your successful promising career in Python!