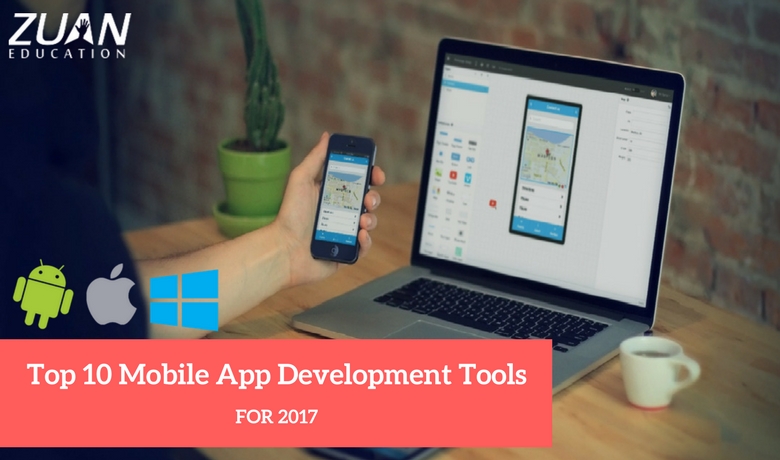 Mobile Application Development Platforms have become an absolute necessity in the business world, with practically all firms looking to add an application to their existing site, and the entrepreneurs looking to bring their mobile application visions to life. Mobile app development tools will give you the best services with complete solutions. Every platform is unique and presents different features, capabilities, and behavior. One of the biggest difficulties that app developers faced before was building applications that work well on various platforms.

The cross-platform application market is assumed to hit $7.5 million by 2018, and the amount of cross-platform mobile development tools is on the rise. WORA (Write Once Run Anywhere) refers to a bit of code that is written once on one platform. But, it can run on various platforms. The purpose of such tools is to save time and effort on the part of the Android developer. So, a developer can reuse the code and can design applications that can work efficiently on multiple platforms, including Android, iOS, Windows, etc.

Here, we are sharing the top 10 cross-platform mobile app development tools. That will help you to develop cutting-edge and productive apps in a short duration of time.

Open Source PhoneGap is an excellent option for developing cross-platform mobile applications utilizing existing web technologies. It is really suitable for mobile applications that don’t make much use of the phone’s native features. The PhoneGap platform enables the developer to design application for platforms like iPhone, Android, Windows, and BlackBerry. This free resource is in-demand among the developers due to its features and support that it gives.

The execution is known to be little poor for graphic-intensive applications made utilizing PhoneGap. Despite the fact that you may find plugins for PhoneGap per terms, they could be little old based on the target platforms.

Appcelerator is one of the best mobile app development tools. It also supports in developing native applications by deploying a single JavaScript code base. It also gives your web content in a native app, assuring your code isn’t wrapped around a web container, unlike few other solutions. The Appcelerator tool has an open-source SDK. And it assists more than 5,000 devices, OS APIs, Eclipse-based IDE Studio, and the MVC framework Alloy. 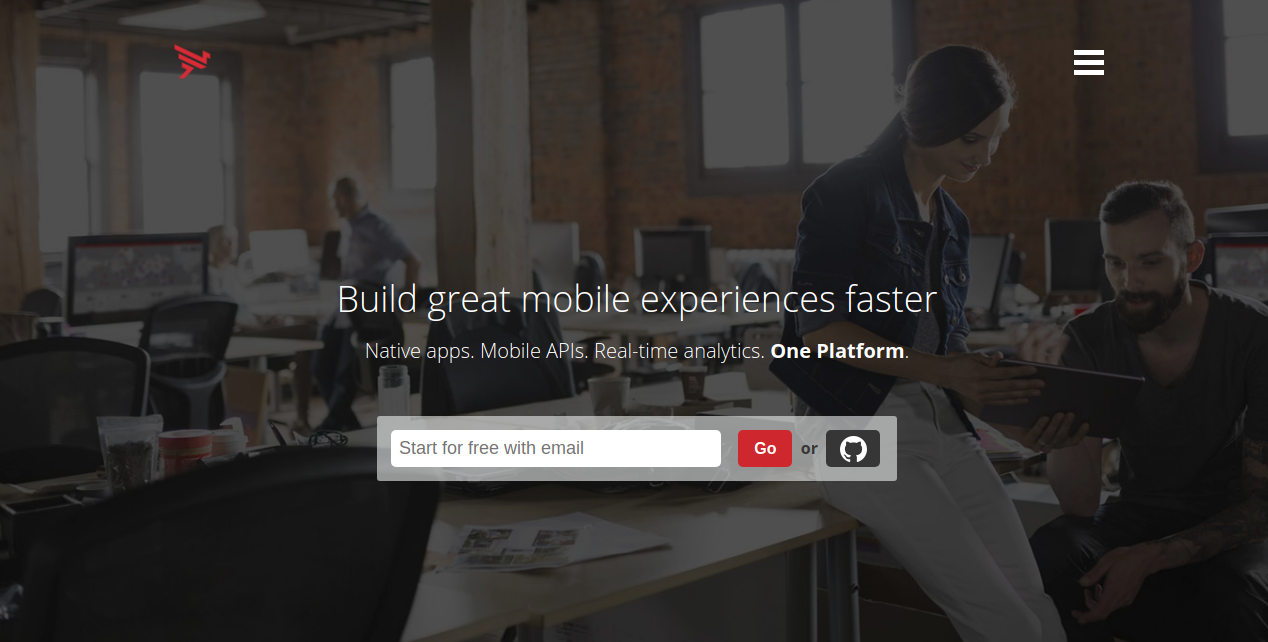 Appcelerator is known to be a little buggy and laggy. However, a newer version is stable. There are user complaints about poor support from its designer’s community. The disadvantage is that we have come across so far about the tool is its support team. Particularly the developer community is slow in response.

Xamarin is one of the best mobile app development tools in the industry. It also helps you to develop native applications for various platforms utilizing a shared C# code base. With Xamarin, you can do anything in C# that you can do in Objective-C, Swift. It also allows you to use the same IDE, language, and APIs. Xamarin enables the developer to share code, which implies an application will create in less time with a lower cost. This platform offers a modern programming language with powerful tools and ability to deploy your app over different mobile ecosystems. 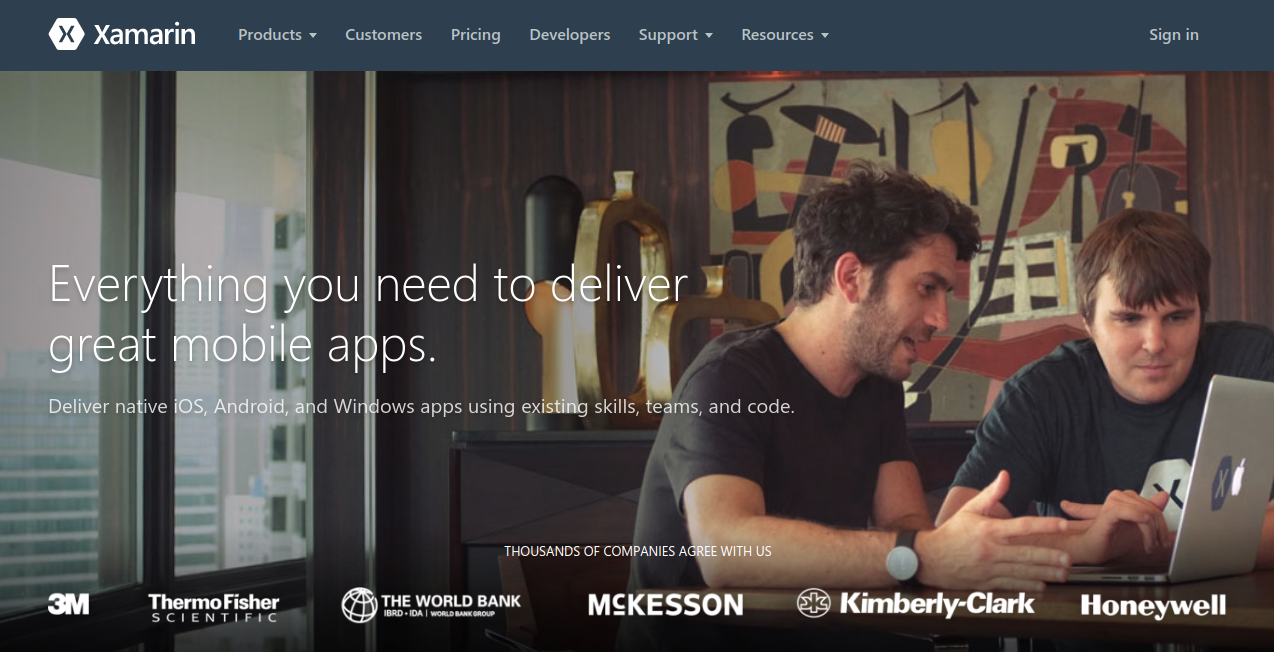 The free version of Xamarin offers limited features. But, it does not allow a developer to use open-source libraries for iOS and Android development due to compatibility issues.

Sencha Touch is the leading cross-platform mobile app development tool. It can be utilized to develop efficient applications making utilization of hardware acceleration techniques. On Sencha, top quality applications can be developed with well-tested, integrated UI components and libraries. It’s even fit for building large business apps and keeping up them easily. Besides, this framework enables developers to develop cutting-edge applications. 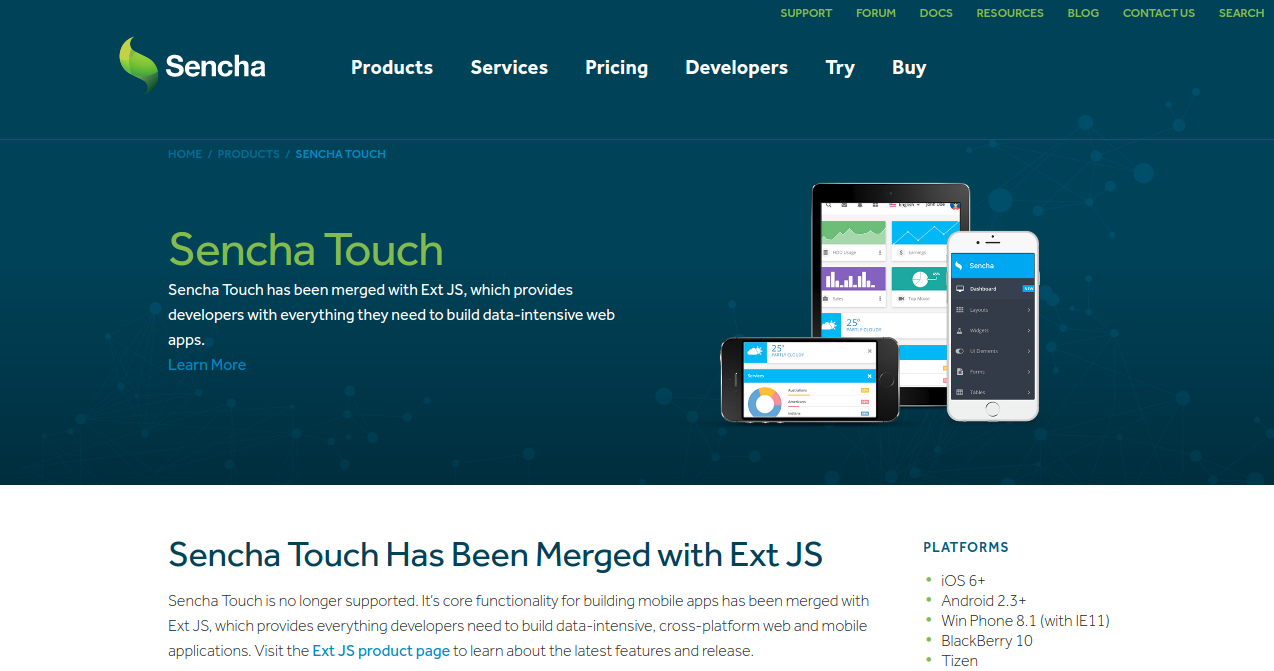 Sencha Touch gives native-looking themes. And its business licensing is hard to get it. 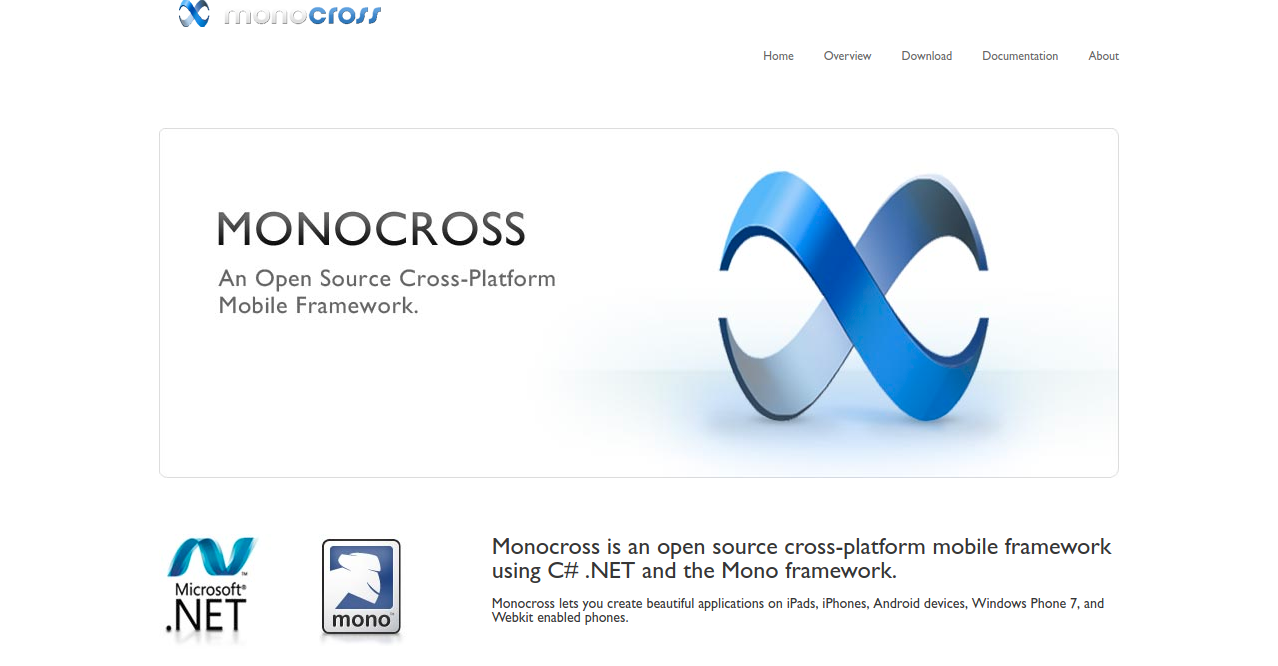 The document and support for the Monocross framework are few on the internet. So, developers may discover themselves in a tricky situation while building the app, as they don’t have adequate resources to learn the framework.

Codename One is a cross-platform mobile framework with objectives of simple usability, rapid apps development, deep integration with the native platform with potential native speeds. While you are needed to code in Java, your application can be tested with Codename One simulator devices and test automation tools. This framework supports famous IDEs like NetBeans, Eclipse, and IntelliJ IDEA. The most exciting feature of its build server is that the developer can build native iOS applications and native Windows apps without a Mac machine or Windows PC. 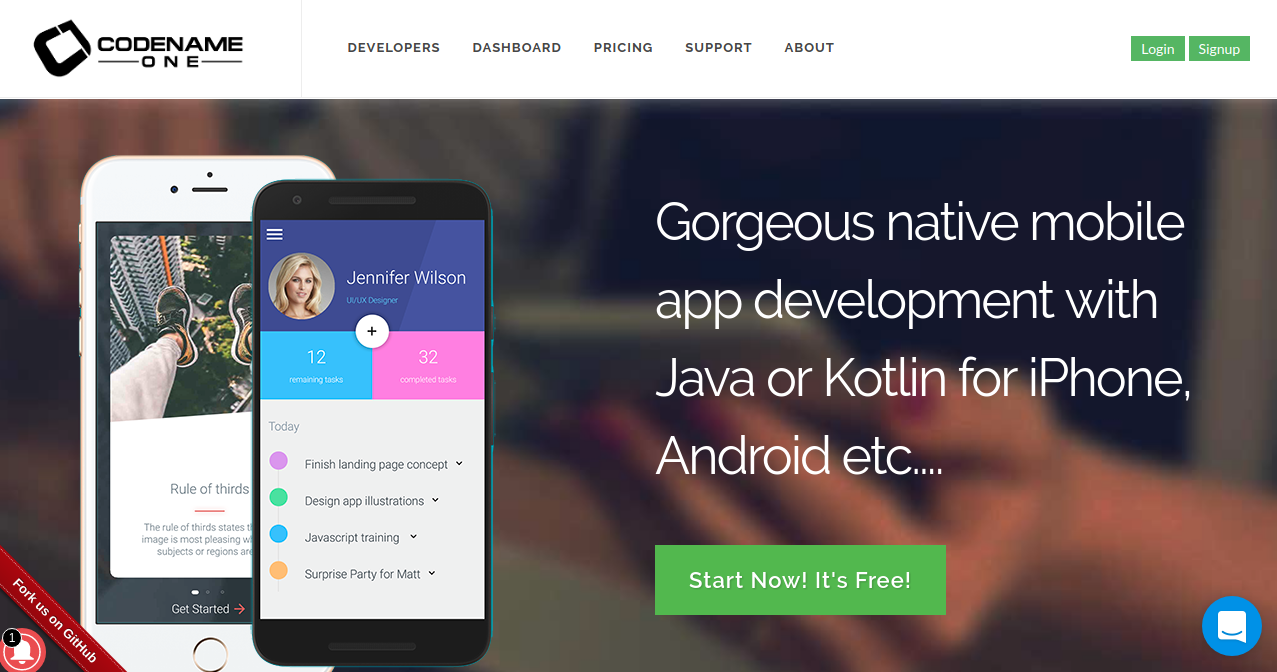 Codename One’s default visual themes are a little primitive, and its Graphical UI Builder may not be suitable for massive projects. Another important defect is that all the event handlers are stored in a single file.

Kony Mobility Platform is an integrated, cross-platform mobile app development tool. It also gives automatic coding features, API connections, application preview facility. Besides, it has pre-built apps that make it less difficult for beginners to build up an application easily.

The documentation and assistance available for Kony on the web are not extremely broad, same as Monocross, when compared with different platforms. The shortage of documentation and resource support can make a unique situation for developers.

Convertigo is one of the best mobile app development tools. It is an open-source software that gives a mobile enterprise application platform comprising these solutions: Convertigo Studio, Convertigo Cloud, Convertigo Server and Convertigo Mobilizer.

Convertigo has three different plans for which the free plan has community support. Although, it doesn’t cover its Fullsync offline data support.

It is another open-source platform for developing native cross-platform mobile applications. Moreover, Nativescript provides you all native APIs in JavaScript of a significant portion of the mobile platforms. You can reuse existing plugins from npm directly in NativeScript projects, making it less difficult to increase the features of your apps. It also gives support for AngularJS 2 and TypeScript.

RhoMobile Suite depends on the Rhodes frameworks. It also gives application tools to developers for creating multi-platform, native mobile apps. Utilizing RhoStudio, a free Eclipse plugin, developers can build, debug and test applications with no other hardware or emulator requirements. 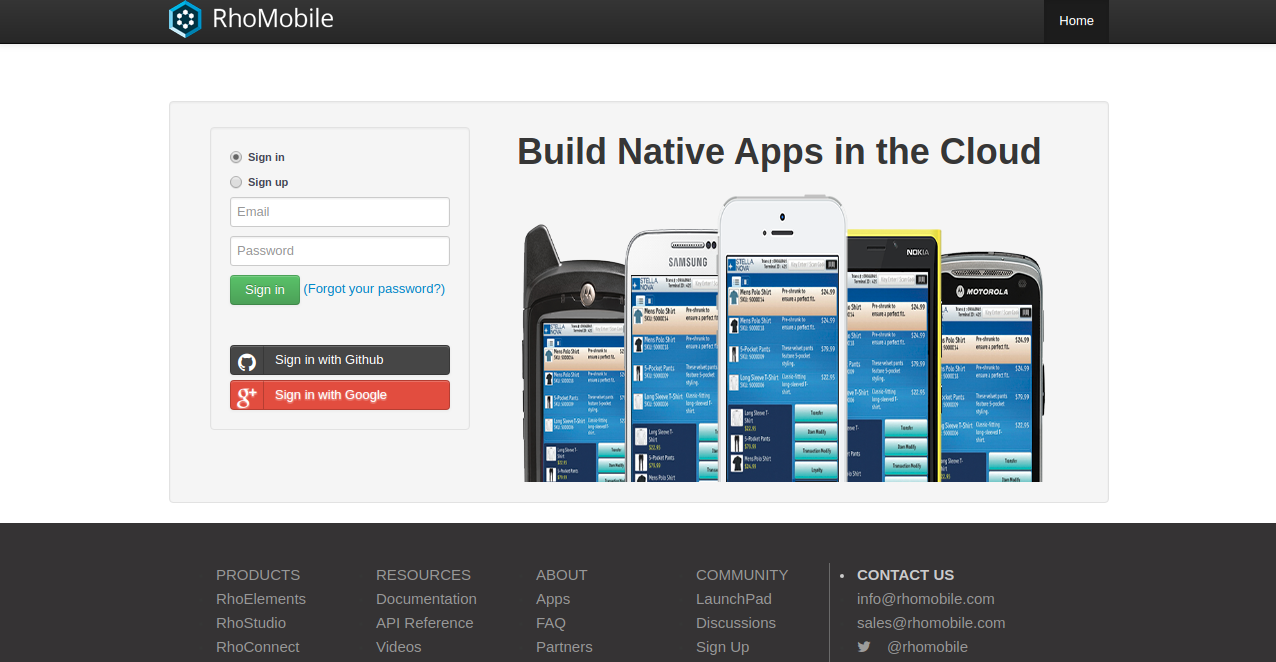 These mobile app development tools will help both specialists and beginners include new functionality easily for consistent user experience. These platforms vary according to different needs, capabilities, and features. Do let us know in the comments, which is your favourite mobile application development platforms.