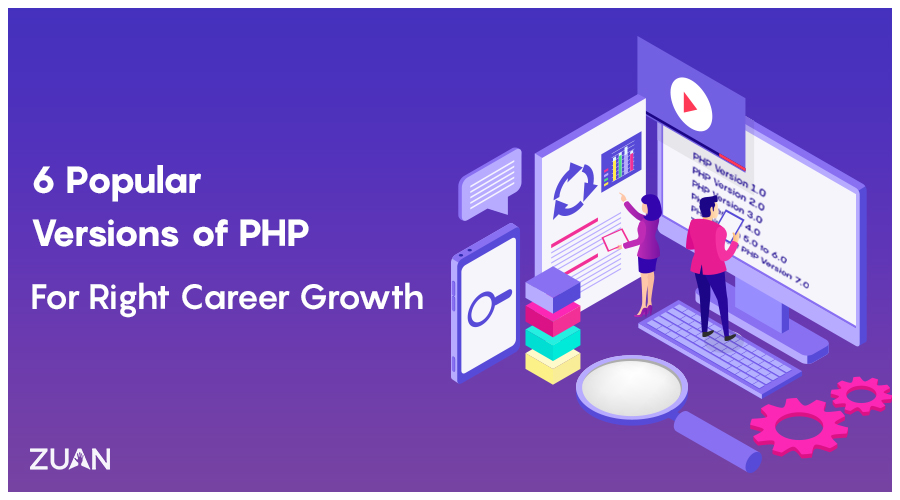 Are you an aspiring PHP developer? Get to know about these top PHP versions before jumping into the field of PHP development.

PHP is the popular open-source web development programming language, which has HTML codes in its code scripts. The first PHP version got released in 1994, later there were 5 more PHP upgrade versions available.

As mentioned earlier, PHP is very popular in the developer community since its first release though it includes inconsistency and performance-related problems.

It is an easy programming language and PHP’s creators are committed to overcoming these issues with a solution.

These continuous improvements by PHP developers help this development language to rise above its peers like Python and Java.

If you’re interested in making a career in PHP development, join our short-term courses and shine as a successful PHP developer.