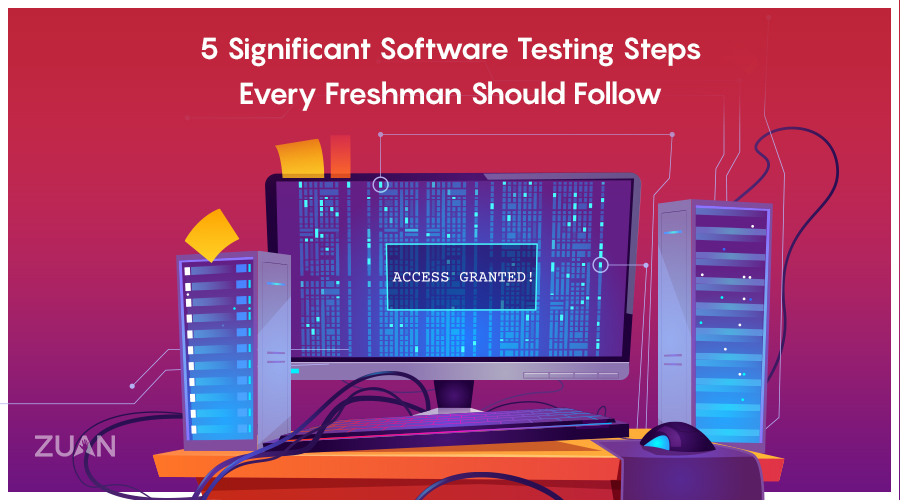 In recent years, the term “shift testing” is popular among Software testing professionals.

The actual meaning of this term is, conducting software testing in the phase of software development to reduce the defects and save the costly bugs in business.

The defects are tested effectively by software engineers before sending the program to QA for in-depth testing.

This generally means, executing and developing more automated testing of the UI and APIs.

However, there are some basic software testing steps every freshman should perform.

Furthermore, it’s for shift-left testing, formal testing, ad hoc testing, code merging, and integration, or call a colleague to have a quick look.

The ultimate goal of this basic testing is carried out to detect bugs and fix them immediately.

If not done quickly, you need to spend more on unnecessary bug fixing or hire a developer to reproduce it, debug it, and solve it, before you try it again.

Here are the essential software testing steps every freshman should follow:

Manager at HP Software says, “40% of my time is spent designing and writing code; 5% is spent on code review and static code analysis; 25% on unit testing and integration testing; and 30% on basic functionality testing and single-user performance testing,”

The bugs issues in the code can ruin all your reputation. “A developer who doesn’t find the obvious defects is never going to shine,” says Markov.

Developers have to produce software that’s simple to use. No one will encourage developers who know only pure coding.

To develop your career as a freshman, always invest more time in designing, reviewing, and testing your code than writing it.

To produce user-friendly and simple working software, you surely need this balance.

If you want to know more about software testing courses, reach out to us.